The inside story on how Hilferty made Glinda, Elphaba, Madame Morrible, and their fellow Ozians some of Broadway’s most instantly recognizable characters.

Costume designer Susan Hilferty gives an up-close look at her Tony Award-winning costume designs for the Broadway hit Wicked, and shares insights into her design process. From research and inspiration, to execution and construction, find out how Hilferty’s designs made Glinda, Elphaba, Madame Morrible, and their fellow Ozians some of Broadway’s most instantly recognizable characters. 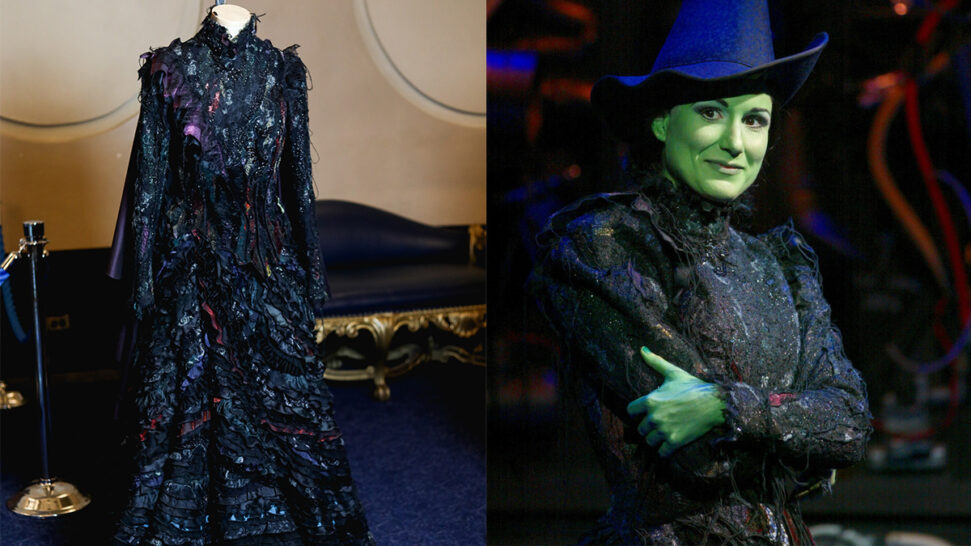 It was my responsibility to create a culture, not just clothes. Because everything we wear is connected to our culture. If we were in another country right now we wouldn’t be wearing what we are wearing. I had to find my own language that matched the language of the rest of the piece. I used real research as to why I made these choices, and then had to make the costumes all feel as though they come from the same place.

We were also challenged with using every kind of green in the show, but in such a way that it never feels like a clump. As the cast moves and creates new stage pictures, there’s a real sense of how the color shifts and changes even though it’s always green. 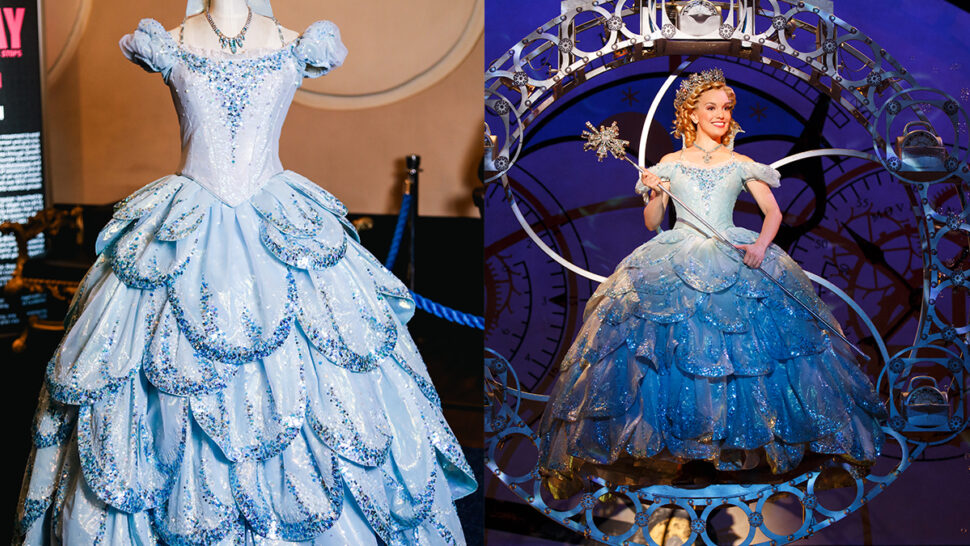 The research for Elphaba is all about coal, and mica. Visually, she always has the sense of really being grounded. When you look at her Shiz costume, she’s got on boots, so she’s always planted to the ground. She’s got her hat, she’s got her glasses, and she’s always centered. Whereas Glinda is light, and bubbles, and air. She’s always the lightest person in the scene. Elphaba’s always the darkest.

If you look at the Elphaba dress up close, you’ll see that it’s not black. It’s actually filled with color. The color that I was responding to was from looking at stones in the earth and gems. The design of her dress is layers that are built with over 40 yards of fabric that are stitched together to have a continuous sense of being from the earth. It’s created to look like the lines you would see in a chunk of earth.

She’s completely covered. It’s also about her becoming an icon. Her hat is a play on a witch’s hat, but at the same time comes from a real fashion world. The tilt of the brim, this slightly accentuated tip. If you follow her from top to bottom you’ll see that she’s conical, almost like a drill press.

Glinda, her history is really looking at a very famous Dior gown from the 1950s. Glinda is a fashionista, so even though it’s ahead of the Edwardian times, it was really important for me that she have a real sense of a fashion so that we knew she was the high fashion in Oz. She is really the only costume, other than the wizard, that is balanced.

She is really the only costume, other than the Wizard, that is what is truly balanced on what would be a normal center. The right side and left side are the same.

When I was designing the show originally, we had the rights to use only the W. W. Denslow illustrations from the original L. Frank Baum book, and had no rights to anything that was connected to the movie. I actually had to prepare a brief for the production’s lawyers describing why I wanted to use a full skirted dress like this in order to show that I wasn’t taking what Adrian did in the original movie. All my reasons had to do with what Lady Di wore for her wedding dress, as well as what Queen Elizabeth wore. The other reason we are able to use the bubble influence is because in one of the other original Wizard of Oz books, the Wizard actually created a bubble machine, so the idea of bubbles and air actually comes from the Oz books. 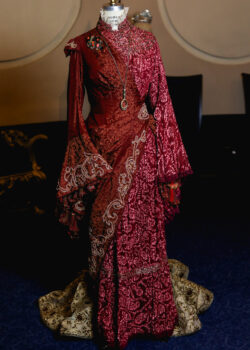 MADAME MORRIBLE:
The Morrible clothes are based on academic dress from Edwardian times. One of the things that I was really interested in with Morrible was her ability to transform.

When she gets to Emerald City she becomes more dangerous. She goes from the rust color into green, of course, for Emerald City, but we start to move her hair back on her head and she looks much more severe. Almost the original Queen Elizabeth look. Also, because protecting animals is one of the things that Elphaba cares about, Madame Morrible starts to wear animals— fur, feathers; things that would have been unthinkable before.